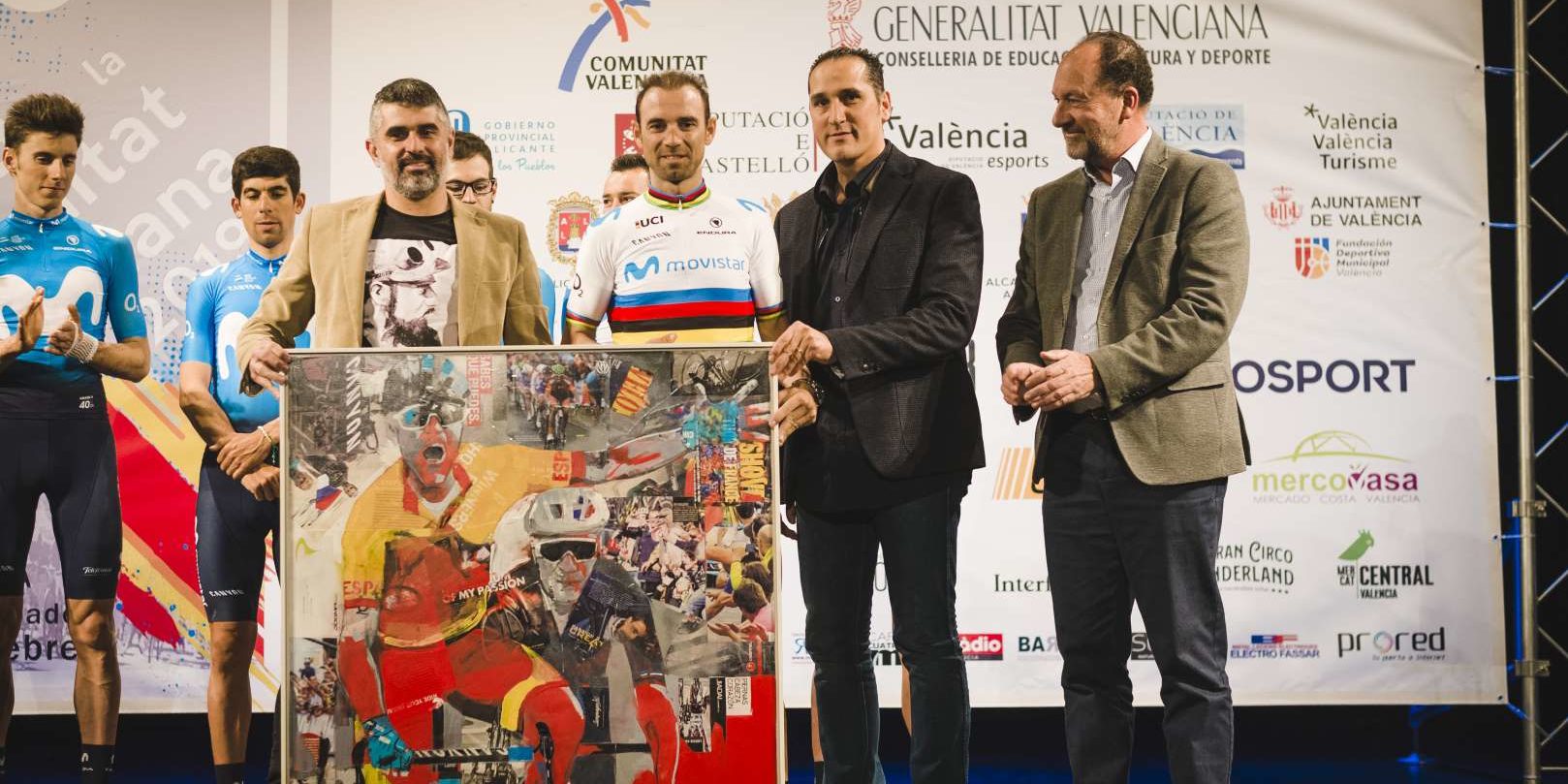 This afternoon the 24 participating teams of the 70th Vuelta Ciclista a la Comunitat Valenciana Gran Premi Banc Sabadell presented their riders at the Teatro Circo in Orihuela.

The best cyclist of the world are starting their competition tomorrow, Wednesday, with an Individual Time Trial route of 10.2 km. The first stage will finish on a climb to the Diocesano Seminary of San Miguel, a spectacular zigzag ascent of 600 meters with ramps around 9% positive gradient. Before reaching this decisive section of the ITT, the riders will complete a flat course suitable for specialists. A stage of just over 10 km long, in which it is excepted that the main cyclists, will take the title of the 70th edition of the VueltaCV.

One of the favorites of this stage could without a doubt be the German cyclist Toni Martin. Teams and cyclists of the VueltaCV 2019 The participation number 1 will be carried by the World Champion, Alejandro Valverde (Movistar), who also was the winner of last years edition of VueltaCV.

Valverde is one of the favorite cyclists for winning the yellow jersey of this year’s event. Doing so he would achieve his fourth VueltaCV yellow jersey in this historic cycling
event. His previous victories are from 2004, 2007 and 2018. The Murcian cyclist declared that in the VueltaCV 2018 he regained his good sensations for riding, after recovering from the injury he suffered a year earlier during one of the Tour de France stage.

During the presentation ceremony at the Teatro Circo of Orihuela, Valverde received a detail from the former cyclist, now a professional artist, Miguel Soro. A painting that recreated his memorable victory at the World Cup in Innsbruck. It was also announced that this year the winners of each stage will receive an artwork of Miguel Soro as a gift. During VueltaCV Spanish cycling is represented by five more teams being: Caja Rural, Burgos-BH, the Euskadi Basque Country-Murias, Kometa Cycling Team; whose origin is the Alberto Contador
Foundation, and the Euskadi Foundation Team.

The rest of the 19 participating teams are as follows: the English Team Sky; with the cyclists carrying number 17, Geraint Thomas, the winner of Tour de France 2018 and the leader of the team. Also it is worth mentioning the presence of the Spanish cyclist David de la Cruz Melgarejo.

The most highlighted cyclists of the team CCC is the Olympic Champion Greg Van Avermaet (number 24); from the Australian Team Mitchelton Scott, we find Matteo Trentin (number 31) and Adam Yates (number 32), fourth in the last edition of the Tour de France.

As for the Kazakhstan team Astana, the eyes should be kept on the Spanish cyclist Luis León Sánchez (number 41) and from the Direct Energie Team Niki Terpstra, the UAE Emirates Team the Irish Daniel Martin and Rui Costa.

Undoubtedly, all fans of this sport will be able to enjoy five days of pure cycling and many surprises, it is all starting tomorrow.