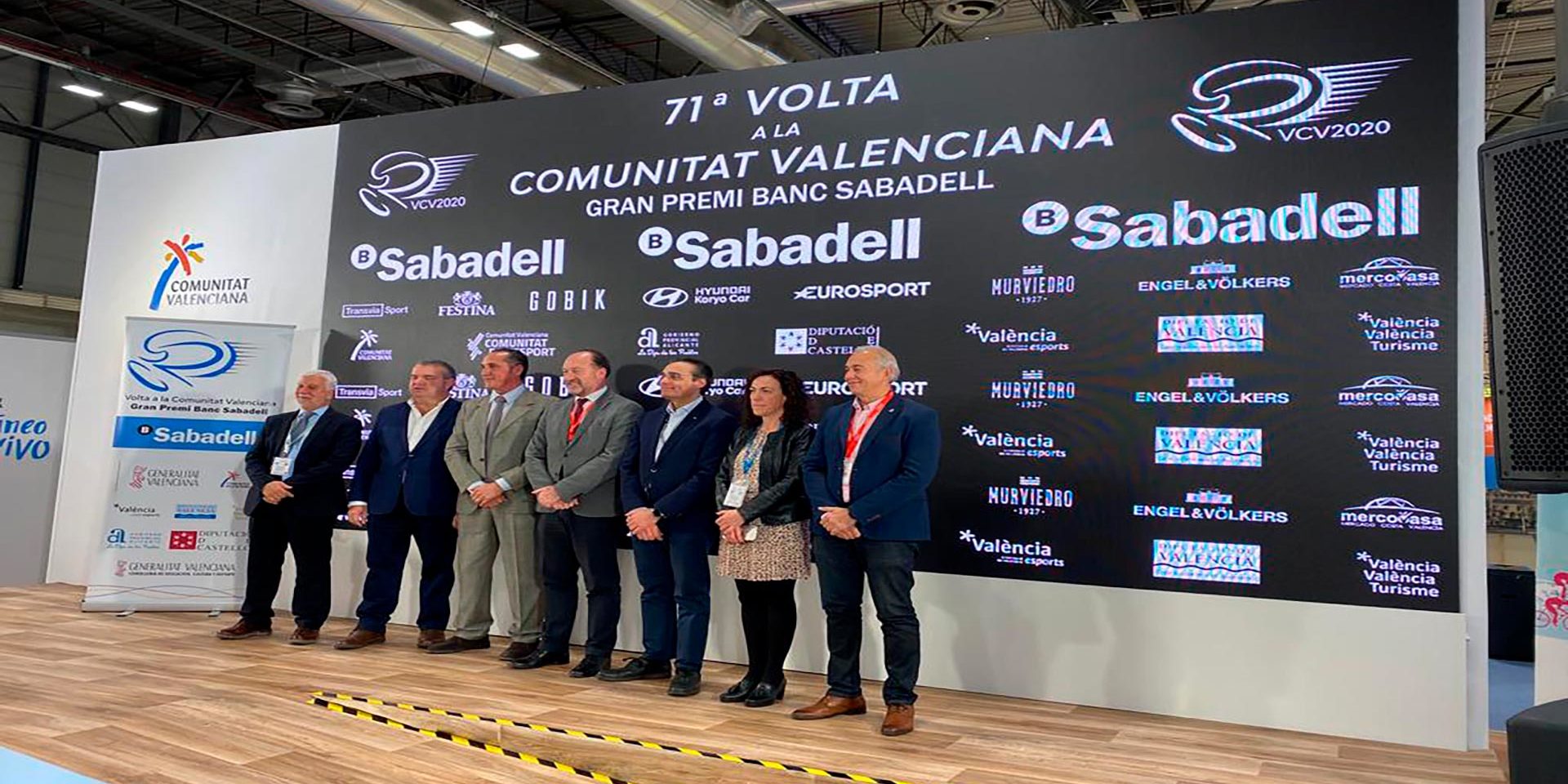 The 71st Volta a la Comunitat Valenciana Gran Premi Banc Sabadell was presented today at FITUR, an appearance that has become a yearly tradition for the event. During the presentation General Director of the VCV, Ángel Casero stated that «as of February 5th, the best cyclists of the world will ride on the roads of the region, giving the possibility for the cycling fans and amateurs to enjoy this beautiful sport”.» The VCV provides a unique opportunity for increasing visibility of our cultural heritage and for attracting tourism, besides its economic impact to the region due to amount of people that this event moves and attracts,” stated Ángel Casero.

In addition to the General Director of the VCV, also the main sponsor Banc Sabadell was represented by Fernando Canós, the Eastern Region Commercial Director, and MiguelTorres, the Director of the Commercial of Alicante and Murcia Region, as well as members of the municipalities of Orihuela, Torrevieja, and Altea.