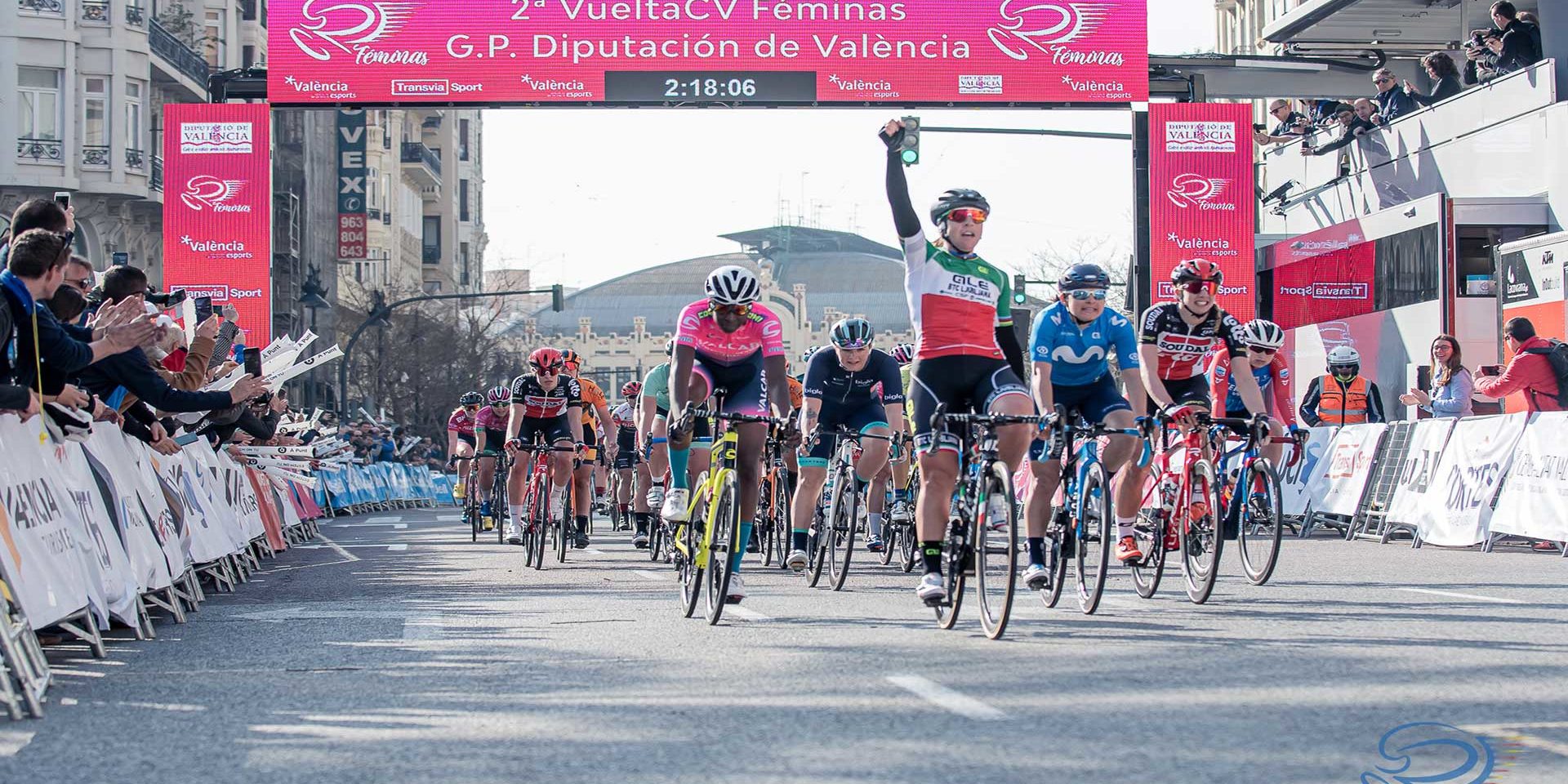 The Italian champion Marta Bastianelli has honored her status as a great favourite on the 2nd edition of VCV Féminas. Bastianelli wore the race number one during the event and finished the VCV Féminas stage with a victory. The 97 kilometer route from Paterna to Valencia Town Hall Square was cycled at a rapid pace with many unsuccessful escape attempts. Starting from the first kilometres and during the stage various escape attempts were seen between the 111 cyclists. The main teams wanted to control the pace and the race by maintaining their leader riders at the front of the peloton. During the first hour of the race the average cycling speed of the peloton was over 37 kilometers per hour, showing strong rival competence among the teams.

Due to elevated cycling speed and breakaway attempts, some rider groups fell off from the main bunch, leading to a reduced number of cyclists forming the main peloton. After the riders passed the toughest sections of the stage, at the vicinity of the Serra Calderona, the speed increased and the nervousness in the head of the peloton could be visually seen. Again, escape attacks were produced by the cyclists, however none of the attacks were successful. The differences were minimal and only a few meters away from the head of the peloton, controlled by Lotto team, Movistar and Lubjana.

The Spanish champion Lourdes Oyarbide also performed well until the Italian cyclist Erica Magnaldi gained advantage close to Godella while overtaking her, just 12 kilometers from the finish line. This was followed with breakaway attempts by the German champion Kattrin Hammes and the Slovenian cyclist Urska Bravec, before the race being neutralized while cycling through the city of Valencia.

Finally, it was the time of the race when Marta Bastianelli initiated the crucial escape. With her enormous cycling strength, she sprinted to the victory ahead of her compatriots Bárbara Guarischi and Teniel Campbell. The first Spanish cyclist to cross the finish line was Laura Asencio, who was fifth.

The race was cycled under very favourable weather conditions and with the presence of big crowd along the finish line in Valencia. VCV Féminas stage was celebrated following the same route as the fifth stage of the VCV 2020 GRAN PREMI BANC SABADELL, taking place after VCV Féminas race. Also, the price money awardsgiven at the VueltaCV were exactly the same for the VCV Féminas cyclists.