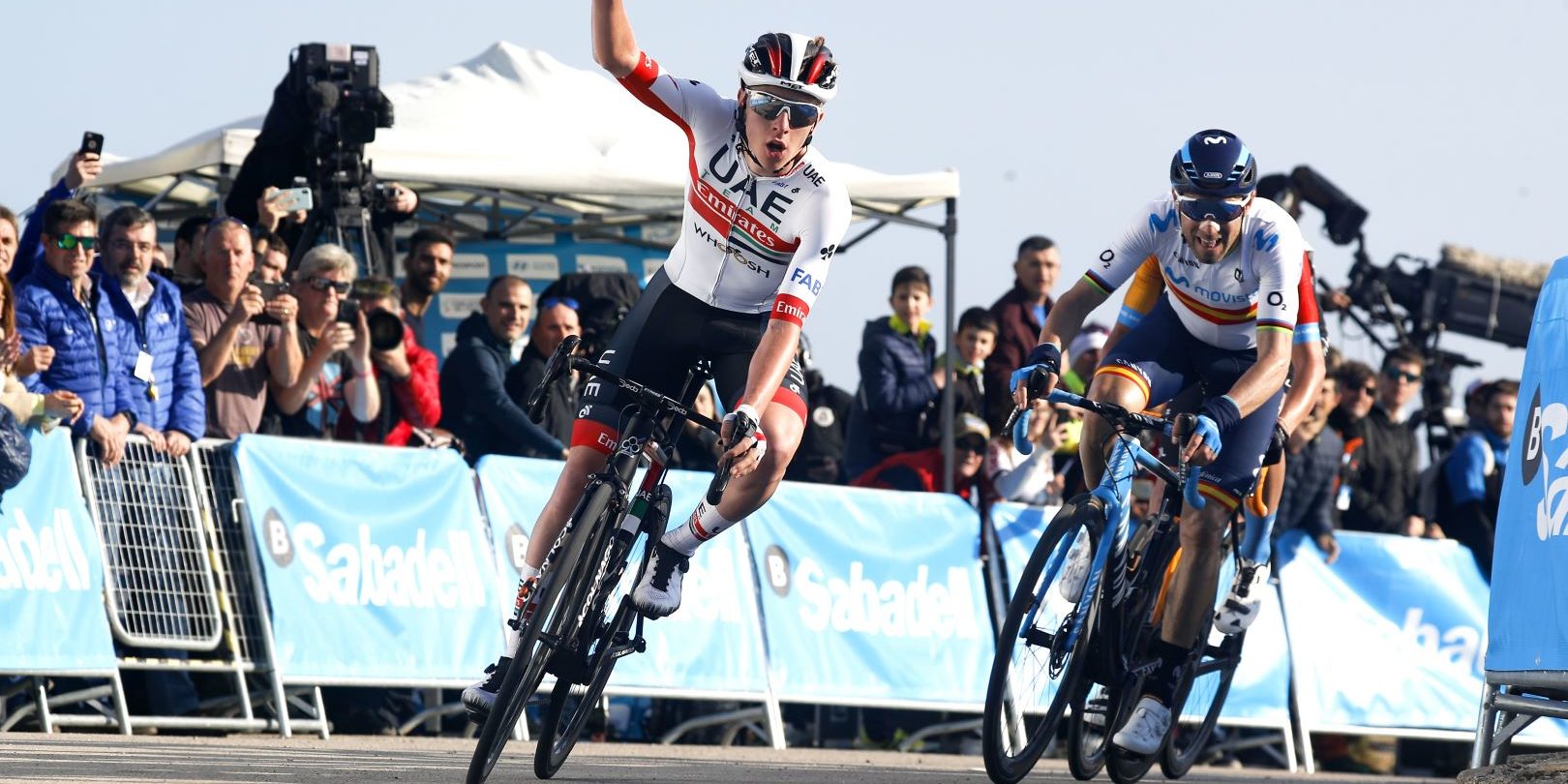 The slovenian cyclist kicks off his 2021 season looking back at his spectacular
victory in the 2020 Volta a la Comunitat Valenciana Gran Premi Banc Sabadell.
Pogacar acknowledges that his victory in Valencia gave him the confidence needed
in order to have a very strong season, in which he established himself as one of the
elite members of the international peloton, conquering his first Tour de France on
September 2020.