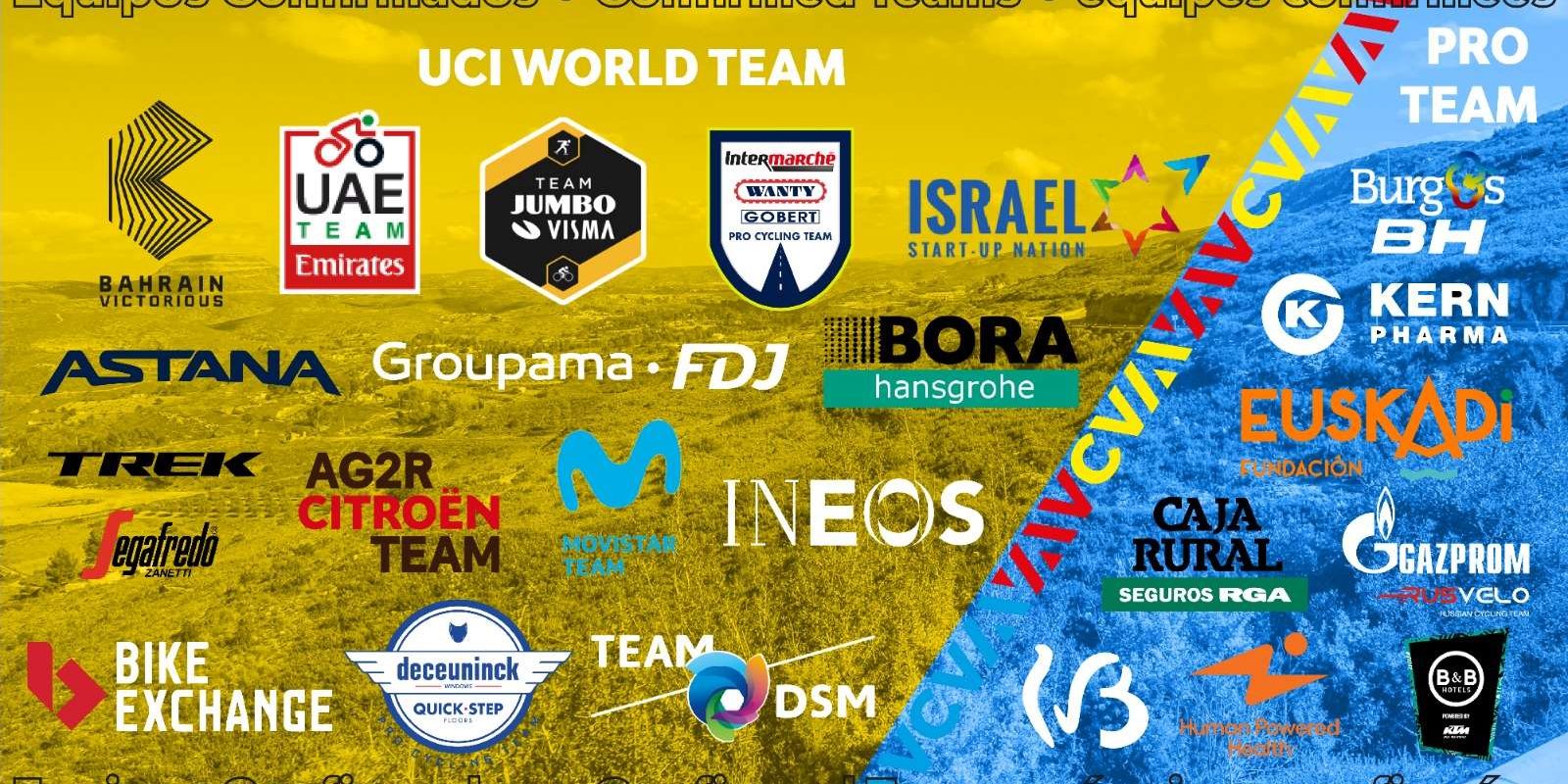 A total of 23 teams have confirmed their participation in the VCV 2022, breaking down to 15 WorldTeams and 8 ProTeams. The event will take place in less than a month, from February 2nd to 6th, being the first major cycling event of season 2022.

In total 23 teams have confirmed participation for the 73rd Volta a la Comunitat Valenciana Gran Premi Banc Sabadell, held from February 2nd to 6th, being the first major cycling event of the 2022 season. A top-level participation list is guaranteed, as in total 15 WorldTeams and 8 ProTeams will be seen in the start line. Among the participating teams Groupama FDJ with their cyclist Stefan Küng, winner of the general classification of VCV2021, will be seen during this year’s edition defending his title from last year. Having said this, this years edition will be celebrated during its typical dates in February, and not in April as during VCV2021.

This top-level start list of the 73rd Volta a la Comunitat Valenciana Gran Premi Banc Sabadell will guarantee great cycling moments during all the five stages of the event, straight from the beginning on February 2nd with stage one start in les Alqueries through to February 6th with stage five finish in Valencia. Also, VCV2022 will provide one of the last opportunities to watch live the cycling legend Alejandro Valverde on the roads of the Valencian Community, and it will also provide a great opportunity to witness the presence of the promising young Valencian cyclist Juan Ayuso, as well as the stars of the international cycling teams such as Remco Evenepoel, Matej Mohoric, Jack Haig or Jakob Fuglsang.

In short, top-level cycling teams and cyclists will take over the roads of the Valencian Community, a race that will be televised to more than 200 countries. The VCV2022 will guarantee an international cycling scenery not to be missed. In addition to VCV2022, on Sunday, February 6th the start of the VCV Féminas 2022 will be witnessed, as during previous years. A race that will bring together the best women cyclists and teams, defending their positions along the same last stage route as the VCV2022. The winners of VCV Féminas will be rewarded with the same economic prices as the winners of the VCV2022.