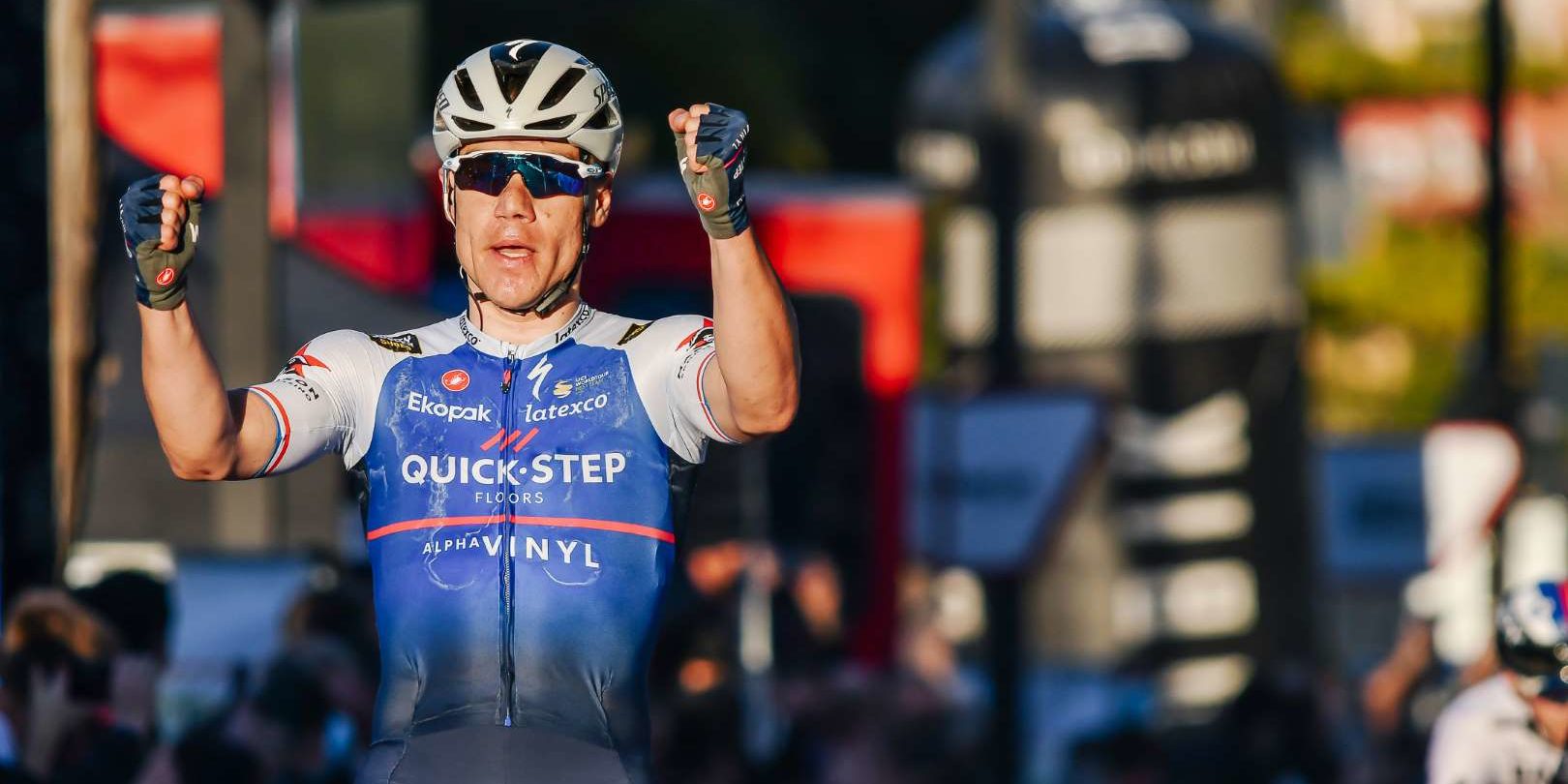 The Dutch Quick Step rider won the second stage of a VCV 2022 that is still led by Belgian Remco Evenepoel.

Fabio Jakobsen has won this Thursday the second stage of the Volta a la Comunitat Valenciana Gran Premi Banc Sabadell 2022. The Dutch Quick Step rider won the sprint finish in the Valencian town of Torrent. A stage that has served for Benjamin King to consolidate his leadership in the general classification of the mountains, while the Belgian Remco Evenepoel keeps the yellow jersey, which he will wear this Friday in the queen stage between Alicante and Antenas del Maigmó Tibi.

The Valencian town of Bétera hosted the start of the second stage of the Volta a la Comunitat Valenciana Gran Premi Banc Sabadell 2022 on Thursday. The mayoress of the town of l’Horta, Elia Verdevío, presided over a ribbon cutting ceremony which was also attended by the Subdelegate of the Government in Valencia, Luis Felipe Martínez; the Deputy General Manager of Banco Sabadell, Jaime Matas; the Deputy General Manager and Eastern Territorial Director of Banco Sabadell, Fernando Canós; and the General Manager of the VCV, Ángel Casero.

As in the first stage of this VCV 2022, a breakaway of six riders has been at the head of the race almost from the start. Mathijs Paasschens (BIN), Joseph Rosskopf (HUM), Benjamin King (HUM), Mikel Azparren (EUS), Sergio Martín (CAJ) and Iván Cobo (KER) tried their luck and managed to overcome the four-minute advantage over the peloton with 100 kilometres to go. The passage through the different second and third category mountain passes, with the increased pace of the peloton, meant that the gap was reduced; and as expected, a sprint finish was prepared in Torrent.

Fabio Jakobsen was the favourite at the start in Bétera, and after a couple of crashes in the peloton (without serious consequences) he was perfectly placed for the finish line in Torrent. Great work of the Quick Step team and victory for the Dutch sprinter, who gets the second win in two stages for the Belgian team.

This Friday, it’s the turn of the queen stage, between Alicante and Antenas del Maigmó Tibi, where Remco Evenepoel will try to win the general classification against the more than sure attacks of riders like Vlasov or Valverde, among others.