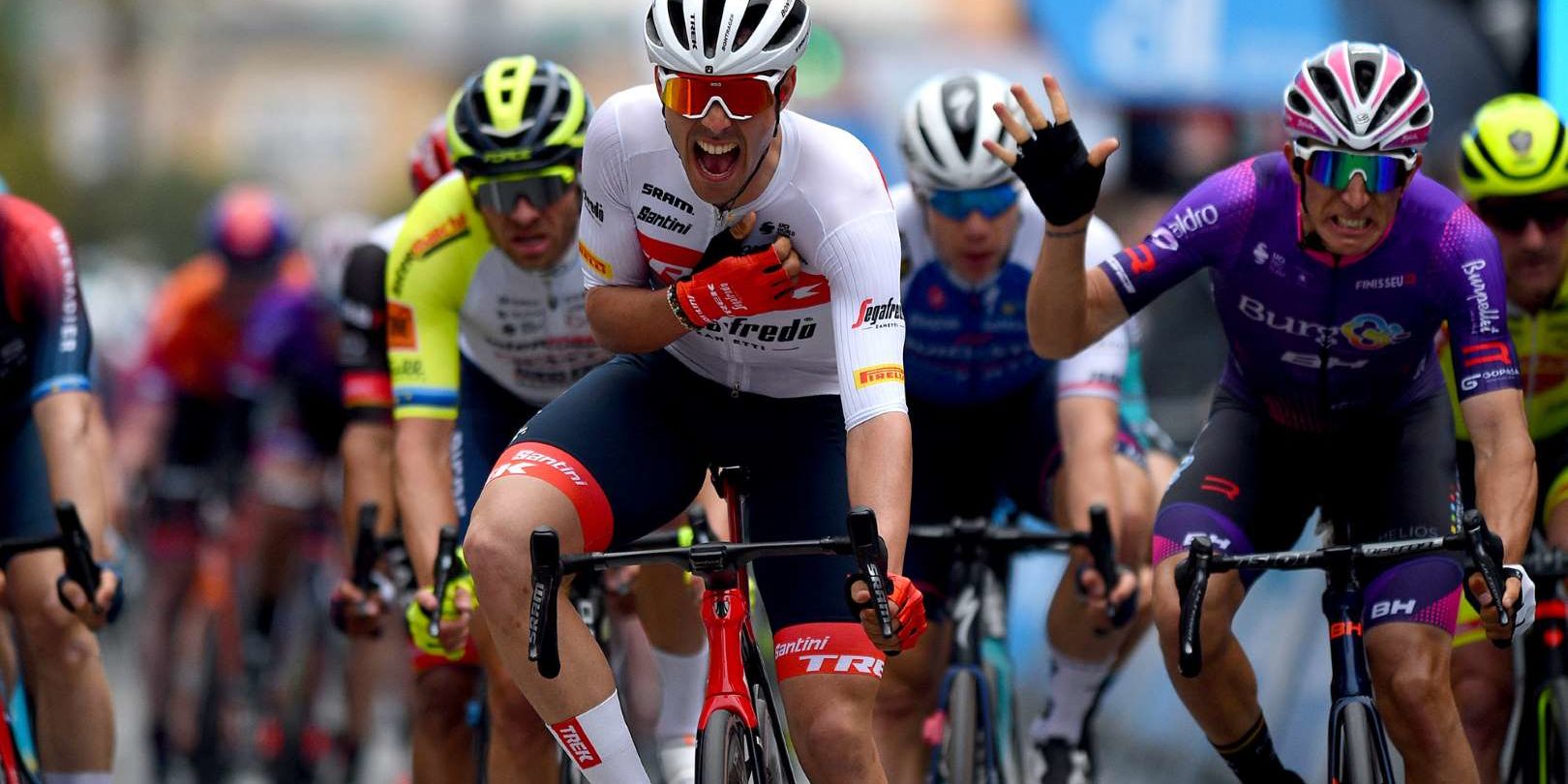 The sprinter of the Trek Segafredo team wins in a mass sprint finish and the Russian Vlasov manages to defend the lead in the overall individual classification.

The Italian cyclist Matteo Moschetti has achieved his first victory in this 73rd edition of the Volta a la Comunitat Valenciana Gran Premi Banc Sabadell 2022. The Trek-Segafredo rider won in a sprint finish in Torrevieja, in a stage in which the wind and the feared fans, fortunately, did not take their toll on the peloton. As for the general classification, the Russian Aleksandr Vlasov has had no problems to defend his leading position, so this Sunday he must confirm his victory in this VCV 2022 in the streets of Valencia.

The Alicante town of Orihuela hosted the start of the fourth stage of the Volta a la Comunitat Valenciana Gran Premi Banc Sabadell on Saturday. A stage whose ribbon cutting was attended by the Mayor of Orihuela, Emilio Bascuñana; the Councillor for Sports of the City Council of Orihuela, Víctor Bernabéu; the Deputy General Manager and Eastern Territorial Director of Banc Sabadell, Fernando Canós; and the General Director of the VCV, Ángel Casero.

This fourth stage between Orihuela and Torrevieja was designed to showcase the sprinters, and from the beginning a breakaway was formed that the peloton controlled at all times. The escapees were Urko Berrade (KER), Kenny Molly (BIN), Antonio Jesús Soto (EUS), Ángel Madrazo (BUR) and Manuele Boaro (AST). Their gap to the peloton was more than 3:00, always a prudent distance so that the sprint finish was not in danger.

After more than 150 kilometres of breakaway, the escapees saw the peloton catch them with just under 30 kilometres to go, shortly after the first pass through Torrevieja. It was time to avoid problems with the wind. The dreaded fans could appear on the stretch leading into Torrevieja, so the leaders’ teams were always trying to stay at the front of the bunch to avoid any problems.

Fortunately, there were no crashes due to these fans and the peloton arrived in a group for a sprint finish. Fabio Jakobsen, Dutch Quick Step sprinter was the favourite for the victory, after his victory in the sprint finish in Torrent in stage 2. In addition, he was well placed and with team-mates like Remco Evenepoel pulling the group to put him in a better position. However, after the last left-hand corner, Jakobsen was a little closed in, which the Italian Trek rider, Matteo Moschetti, took advantage of to beat everyone in the sprint. The local cyclist Manuel Peñalver, born in Torrevieja, has culminated a sensational day with a second place in front of his fans.

As for the general classification, and as expected, there were no significant changes, so the Russian of Bora, Aleksandr Vlasov, keeps the yellow jersey and must have this Sunday a placid stage between Paterna and Valencia to be crowned champion of La Volta a la Comunitat Valenciana Gran Premi Banc Sabadell 2022.

This Sunday, apart from the final stage of the VCV 2022, the 4th edition of the VCV Féminas will be held, a women’s race with the same route and prizes as the men’s race, which can be seen live on television (Teledeporte, Eurosport Player and GCN) from 11:00h.