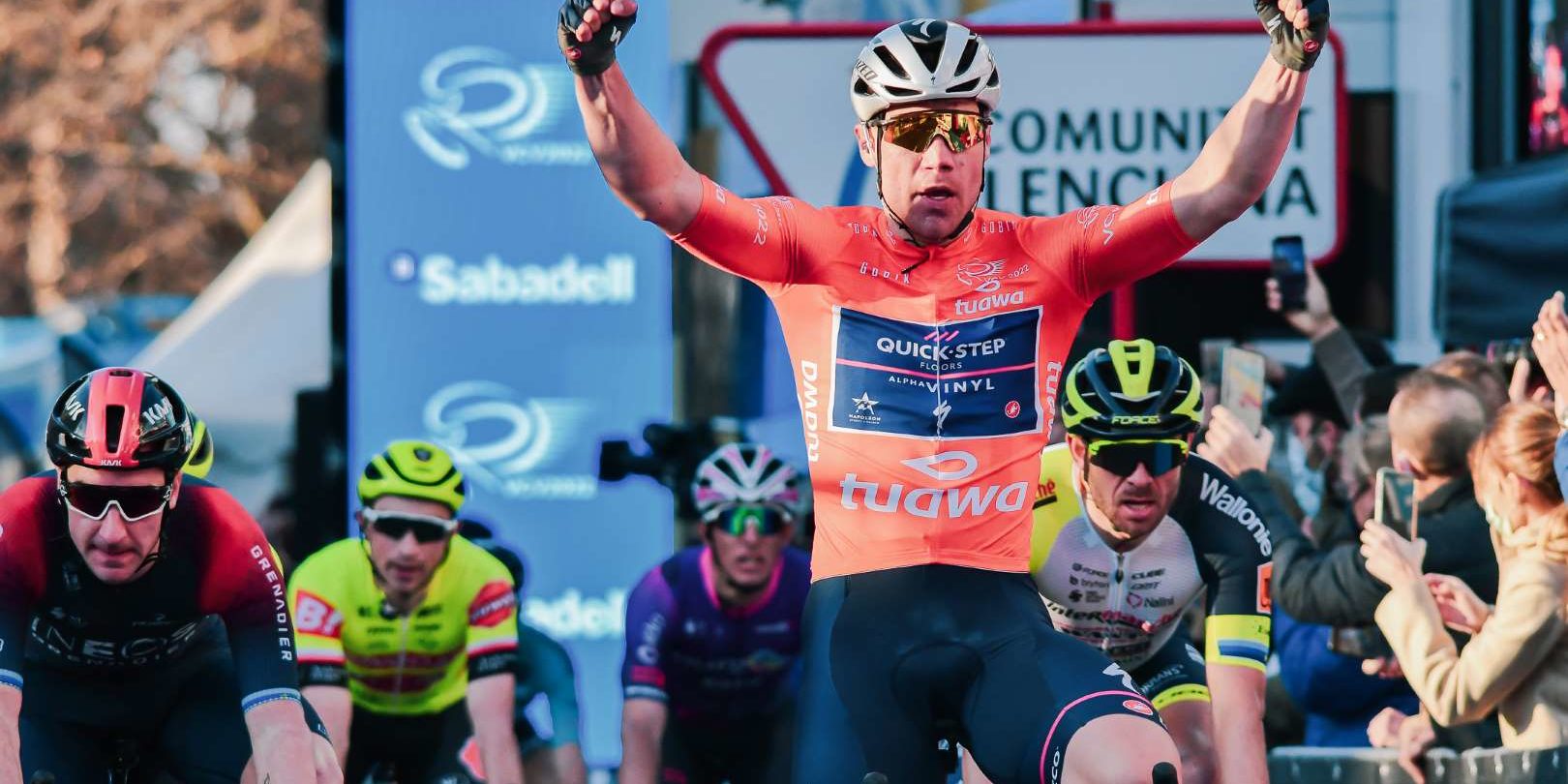 The Dutch Quick Step rider is confirmed as the best sprinter of the VCV and the Russian Aleksandr Vlasov takes the victory in the general classification ahead of Remco Evenepoel and Carlos Rodríguez.

The Volta a la Comunitat Valenciana Gran Premi Banc Sabadell celebrated this Sunday its finale with a final stage between Paterna and Valencia that was won by Dutchman Fabio Jakobsen. The Quick Step rider won at the finish line in Avenida Maestro Rodrigo ahead of Elia Viviani and Alexander Kristoff. In the general classification, Russian Aleksandr Vlasov had no problem defending the lead and took the yellow jersey on the final podium of this VCV. Remco Evenepoel and Carlos Rodríguez joined Jakobsen on the podium, while Juan Ayuso took the Comunitat de l’Esport jersey for the best Valencian cyclist of this VCV 2022.

The stage started after 15:00 in the afternoon in Paterna, and from the first moment there were breakaway attempts, one of them by Remco Evenepoel, in what was his last attempt to fight for the yellow jersey. Naturally, Vlasov’s Bora did not allow the breakaway to succeed.

The one that did consolidate was the breakaway formed by Boaro, Nibali, Lastra and Martín, who were up to two minutes ahead of the peloton midway through the stage. With 13 kilometres to go, however, they were caught by the peloton, so the stage would be decided by a sprint.

After missing a great opportunity in Torrevieja on Saturday, Quick Step didn’t want to miss out again and prepared the entrance to the finishing area with total precision. Evenepoel pulled first, several companions followed him and shortly before the finish Fabio Jakobsen pulled power to win with some solvency.

A curiosity. The winners this Sunday of the VCV Féminas and VCV, Fabio Jakobsen and Marta Bastianelli, are the same ones who won the 2020 edition on Sunday, just a few weeks before the start of the COVID-19 pandemic.

Undoubtedly, a perfect end to a spectacular week of cycling on the roads of the Comunitat Valenciana, where a Russian cyclist has triumphed again for the first time since, in 1994, Viacheslav Yekimov finished on the top of the podium ahead of none other than Miguel Indurain and Tony Romminger.