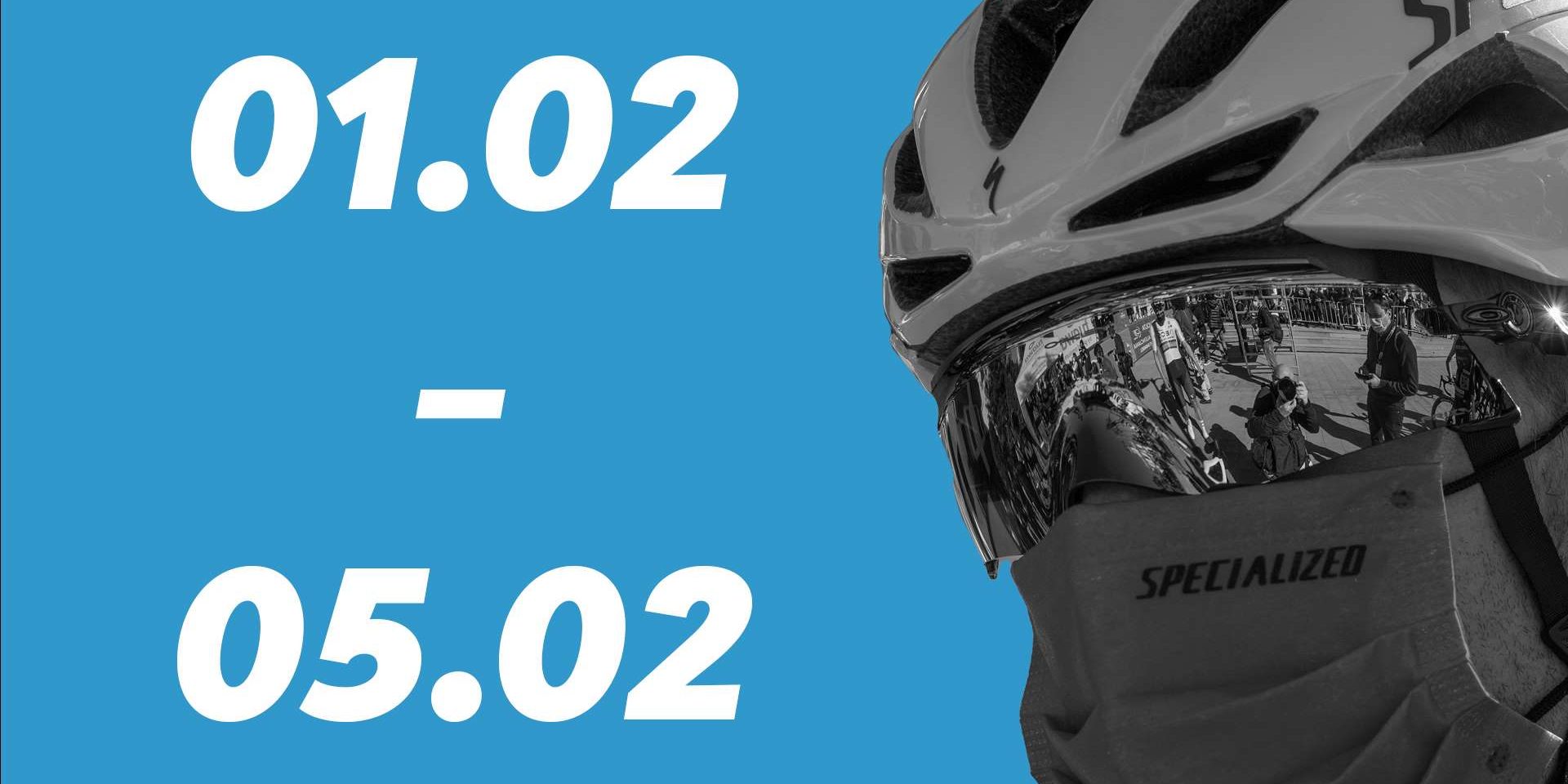 The 74th edition of the Volta a la Comunitat Valenciana Gran Premi Banc Sabadell maintains its place as the first major stage race on the international cycling calendar and will be held from 1 to 5 February 2023.

The Volta a la Comunitat Valenciana Gran Premi Banc Sabadell (VCV) already has a date for its 74th edition. The VCV 2023 will be held from 1 to 5 February 2023 and will start from the Alicante town of Orihuela. The Valencian round maintains its usual place in the international cycling calendar, being once again the first big stage race of the season. After a short break due to the COVID-19 pandemic, which forced the race to be held in April 2021, the VCV returned in 2022 to be held in February, with final victory for Russian Bora-Hansgrohe rider Alexander Vlasov.

This was revealed by its director, cyclist Angel Casero, at a breakfast held with representatives of the media at the Hub Empresa of Banco Sabadell. «We can already confirm that the VCV 2023 will be held in the first week of February and that the first stage will start from Orihuela,» said Casero, who also announced new features in the race route. «The queen stage returns to Saturday after in 2022 we had to bring it forward to Friday in order to include the ‘sterrato’ section. We can also announce that this queen stage will run through the province of Castellón and that it will put the cyclists’ endurance to the test», confirmed Ángel Casero, who has not ruled out the possibility of bringing back an individual time trial and the finish of the last stage in the Plaza del Ayuntamiento in Valencia. «It has been seven years since we took over the organisation of La Volta a la Comunitat Valenciana and we have not stopped growing. With that same objective in mind, we hope to soon be able to become a six-stage tour, with two stages in each province. Once we have achieved this, we will continue to fight to be promoted to World Tour category and place ourselves at the same level as the best races on the international calendar», concluded the director of the VCV.

In this meeting with the press, the director of the VCV Féminas, Silvia Tirado, also took part, presenting the good audience figures registered by the VCV Féminas 2022, with over one million spectators. «The main success of the VCV Féminas is the international repercussion, and this is achieved mainly through live television. To be able to offer the race through Eurosport Player to more than 1,000,000 spectators was something unthinkable for women’s cycling a few years ago and thanks to the VCV we have achieved it», said Tirado, who also revealed that the VCV Féminas 2023 will probably not see a sprint finish for the first time since the race was born.

The Deputy General Manager and Eastern Territorial Director of Banco Sabadell, Fernando Canós, also spoke at this press breakfast as the main sponsor of La Volta a la Comunitat Valenciana. «Banco Sabadell is proud to see how the VCV has grown exponentially every year. It’s dizzying to look back at that first edition in 2016 and see how the race has changed for the better by 2022. The values of cycling and the organisation of the VCV are identical to those we advocate from Banco Sabadell and we hope to continue cycling together for many years to come», Canós said during the event.

Every year, the VCV is one of the UCI Pro Series circuit races with more and better participation in terms of top-level cyclists. Several circumstances help to this great presence of top riders of the international peloton. One of them is the date, as it is an ideal event to start the season and test all the work done during the pre-season months. Another great attraction is the route, demanding although not at the level of a three-week grand tour; but also well known by most of the riders, as the roads of the Comunitat Valenciana are usually used for a large part of their training during the year.