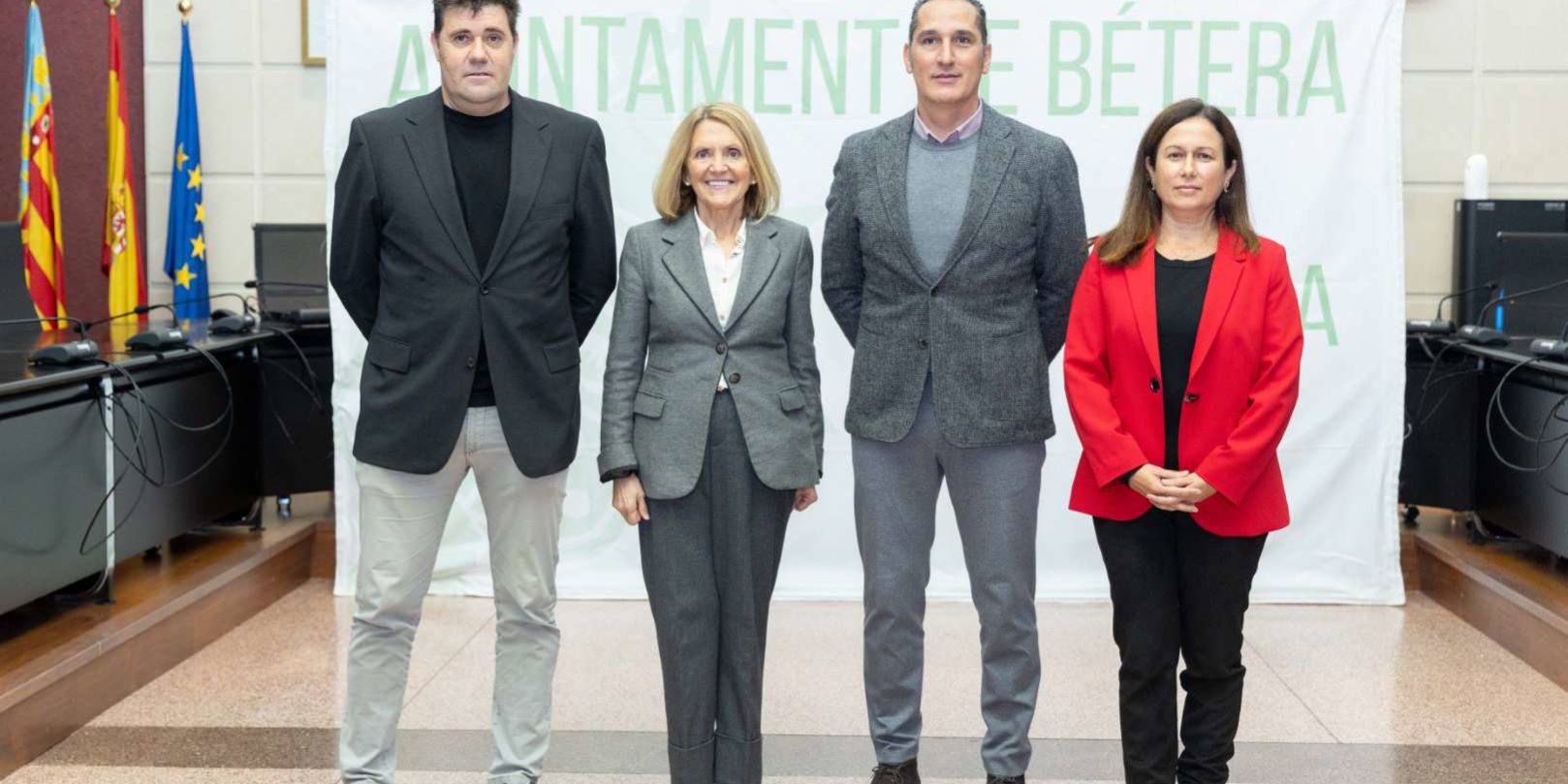 The VCV – Volta Ciclista a la Comunitat Valenciana Gran Premi Banc Sabadell returns to Bétera, as announced this morning by the Mayor of the municipality, Elia Verdevío, together with the Director of the VCV, Ángel Casero, and the Regional Director of Castellón and Northern Valencia of Banc Sabadell, Mireia Miravent, at the Presentation of the third stage starting from Betera on February 3, 2023.

«After the successful participation in the last edition, we are once again committed to cycling in Bétera and we welcome the third stage start of the 74th edition to fill our Alameda with sports and a good atmosphere», highlighted Elia Verdevío.

The 73rd edition of the Volta Cicilista a la Comunitat Valenciana was undoubtedly an event that attracted great amount cycling fans, residents and neighbours to the Alameda. Spectators that came to see the stage start in a festive atmosphere that revitalized this hotel and commercial area. This is corroborated by the data offered by Ángel Casero during the Presentation, who indicated that “in 2022 the Bétera stage was the most followed of the 73rd edition, which brought together 17 million viewers in a broadcast that reached 206 countries while having more than 550 million global impacts”.

Remarkable media impact figures that, as Casero has pointed out, «we hope to exceed by far given the good reception that the VCV has». Notably, the 74th edition has already more than 20 teams confirmed and more than 150 participating cyclists. The 74th edition of the VCV will take place from February 1st to 5th, aiming to be consolidated as an international competition with a great media coverage that makes it a showcase to the world.

The presentation started with a video clip that cherished the cycling tradition of Bétera through a tour of the municipality, its customs, festivals and traditions. A letter of introduction that served as a stage participation invitation for those present.

During the Presentation, Ángel Casero announced the entire route of the stage, while emphasising the 4km route details taking place in the municipality of Bétera will pass through its urban area.

The peloton of cyclists will once again ride through places such as Alameda Escultor Ramón Inglés, Luis Reig square, País Valenciano Av., Constitución Av., Calvario Street, Estación Street, José Sáez Street and CV- 333. An urban circuit that will make the residents of Bétera enjoy the event from the doorstep of their houses. The Mayor of Bétera has once again invited the citizens of Bétera to animate the Vuelta just as they did last year.

Additionally, Elia Verdevío, stated that «for the Bétera City Council it is of great importance to host sporting events because they contribute to giving Bétera greater visibility and to position it as a benchmark municipality in sports».

The Sports Council of the town hall is aware of the importance of promoting and disseminating the values ​​and practice of sports, to promote healthy lifestyle habits among citizens. After all, Bétera is a cycling municipality of excellence. The orography of the area and its geographical location at the foot of the Calderona makes it an ideal town for cycling that each year becomes even more popular among cyclists.

The Mayor of Bétera closed the act by appreciating the Vuelta and its director, Ángel Casero, who «always think of our municipality to carry out important stages like this one that makes us grow sportingly and that help us to continue with our commitment to the sport, with our clubs and with our athletes”.