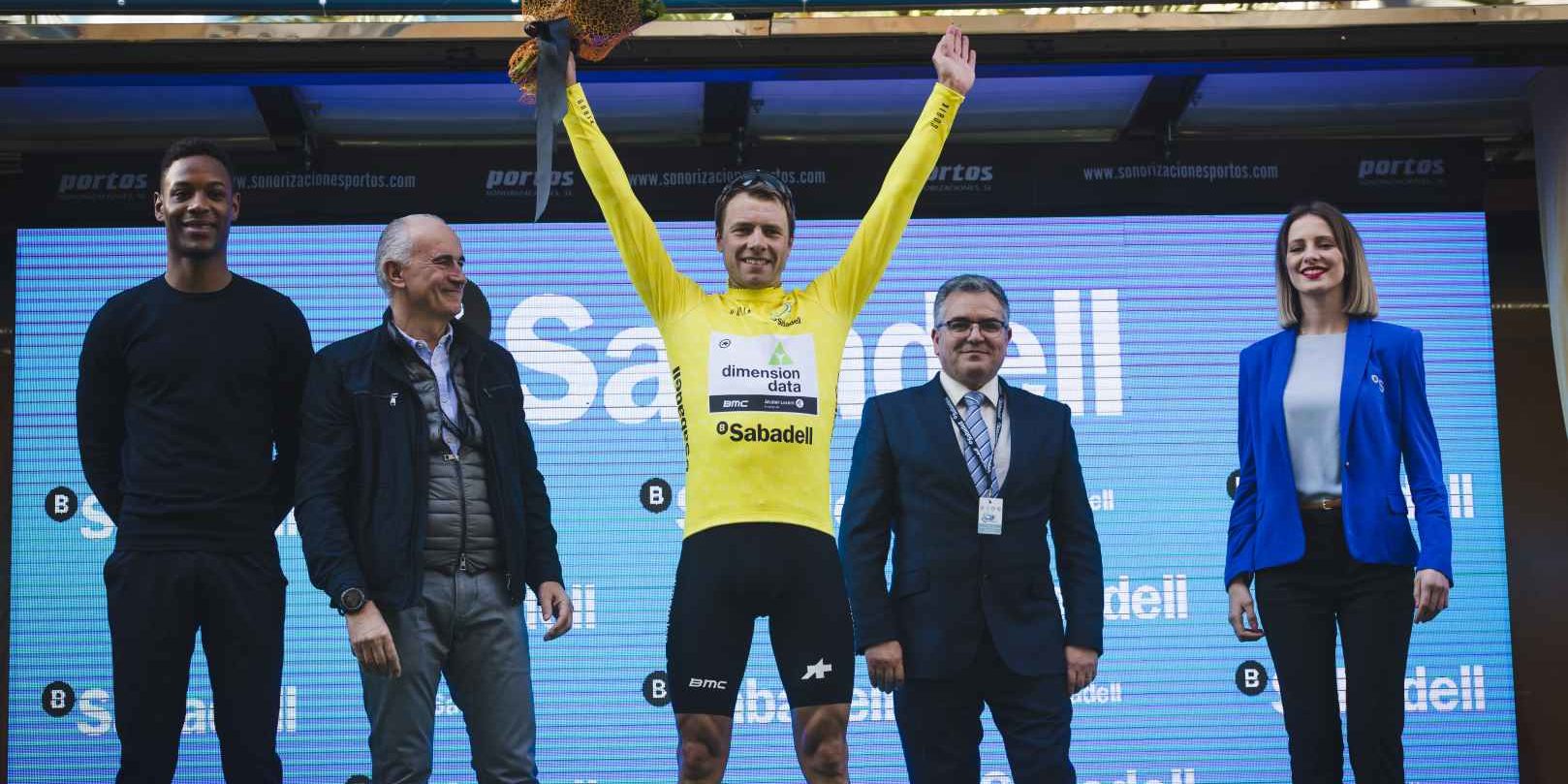 The winner of the second stage of the 70th Volta a la Comunitat Valenciana Gran Premi Banc Sabadell was decided after an exciting sprint won by the current European Champion Matteo Trentin (Mitchelton Scott). While the Norwegian, representing the team Dimension Data, Edvald Boasson Hagen remains the leader in the general classification.

For the Italian cyclist, Matteo Trentin this “is a very important result, being the first victory of the season in Europe, and because of the high level of competition aspired in the VCV”.“ We have good results from our winter training and I am in great shape,” said the winner of today’s race.

The mountain jersey was awarded to Burgos BH cyclist Diego Rubio, and the general combined to Astana cyclist Omar Fraile. Whereas the best-classified team position was awarded to the Astana Team.

Today’s stage formed the second day of racing of the Vuelta a la Comunitat Valenciana, with a route that included three mountain passes. The stage began from the Alicante Town Hall square, the cyclist were send off with strong applause by the spectators who had gathered along the start area to cheer for their favorites. Undoubtedly the biggest cheers were for the current World Champion holder, the Murcian cyclist Alejandro Valverde, who today once again wore the rainbow jersey.

The first mountain part of the stage started at 16km, where the Burgos BH cyclist, Diego Rubio, took the lead by passing first the Alto de Maigmó (Category 2 climb), followed by Urrutia, Van Gompel and Alarcón, with two minutes of difference to the peloton. Later on, at the 40km point, the difference between the breakaway group and the peloton was reached up by Edvald Boasson Hagen (Dimension Data), who wanted to defend his overall leader’s position.

The cyclist from Avila, Diego Rubio, was once again the first to crown the second mountain pass of the day, the Alto de Canalí (Category 2) followed by Bou (NIP), Iturria (EUS) and Alarcón (W52) and was positioned as the leader of the mountain classification. By this time the peloton had reduced the disadvantage with the race leaders to 1’33».

The Locomotora Ferrocarril intermediate sprint was won by Diego Pablo Sevilla followed by Bou (NIP) and Rubio (Burgos BH). By this time the gap to the race leaders was decreased to 1’15».

When 70 km were remaining to cross the finish line, the cyclists passed through the refreshment zone. By this time the difference for the breakaway group had grown to 2’15” and the peloton was led by Jumbo Visma, Dimension Data and Astana. But at the beginning of the last mountain climb of Carrasqueta (PM3), the breakaway group was neutralized and Sanchez from the Team Astana took the lead, followed by his teammates Fraile and Nielsen. During the downhill section of the mountain, Jumbo Visma riders managed to grow a 40 seconds difference to the peloton, helping their sprinter Groenewegen to achieve his second victory in the VCV 2019. During the last kilometre, the Jumbo Visma riders were caught by the squad and the teams Sky, UAE Emirates and Jumbo Visma tried to take the lead for the sprint finish in Alicante. Team Sky was cycling at a good pace, securing the first place while only 3 kilometres were remaining. However, Matteo Trentin (Mitchelton Scott) managed to get in the first position with an exceptional arrival at the finish line.