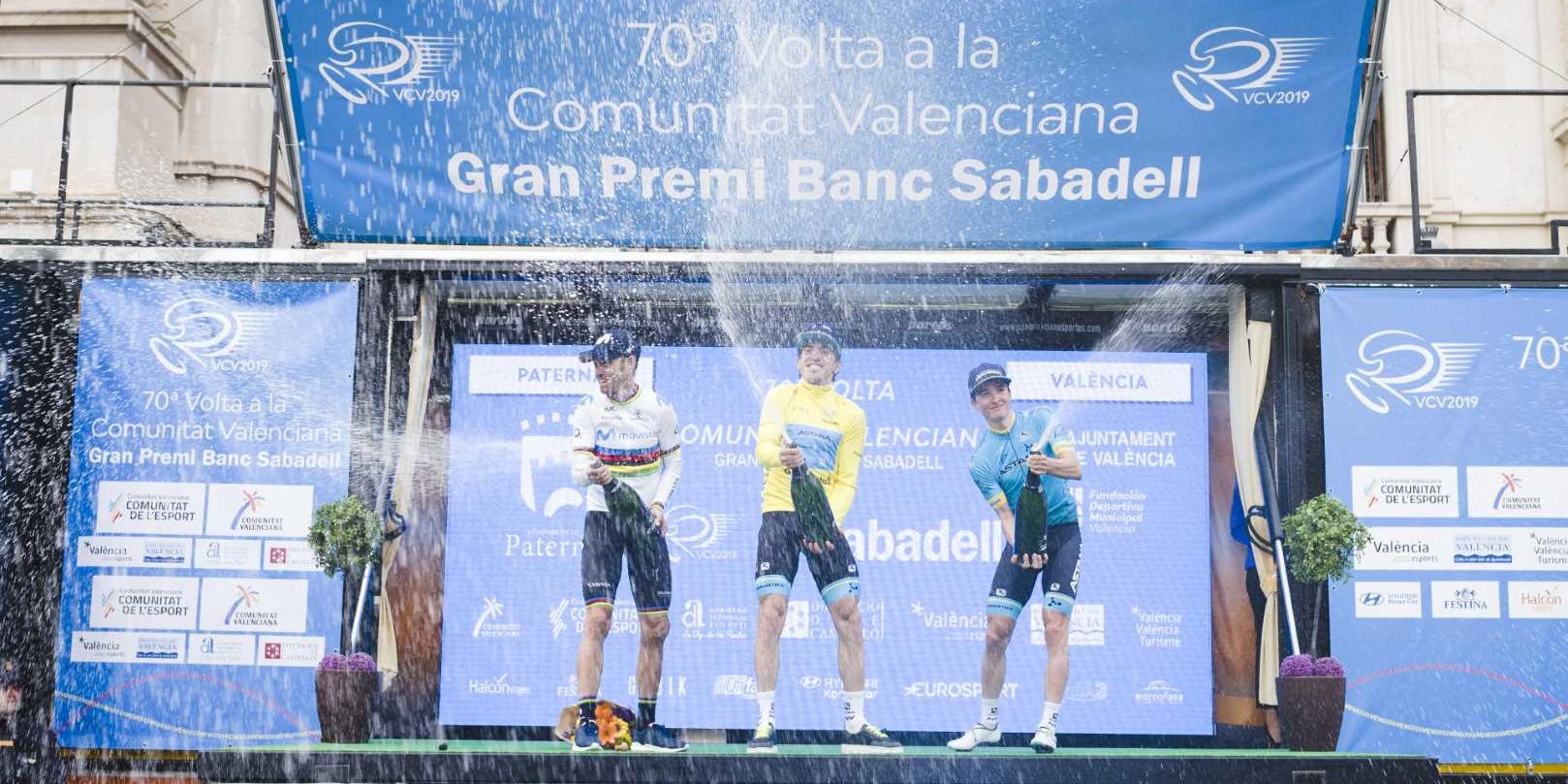 The Basque cyclist Ion Izaguirre, representing the Astana team, has won the 70th Volta a la Comunitat Valenciana Gran Premi Banc Sabadell. The last stage of the VueltaCV finished today in an exciting sprint taking place at the Plaza del Ayuntamiento of Valencia. The winner of the fifth and last stage was Dylan Groenewegen with a time 1:50′:17», this was his second stage victory during the VueltaCV 2019.

The winner Izaguirre said in the post-race press conference being very happy for the results. “I hadn’t won for two years, therefore this win is very important for me as I’ve seen myself competitive again. Also, to win VueltaCV, an event with a high level of competence makes it even more special”, said Izaguirre. The Basque cyclist has also highlighted the good overall competition results of the entire team throughout the event.

The Director of the VueltaCV, Ángel Casero, stated how the event has taken a qualitative leap not just as an event but also when looking at the names of the professionals at the participation list. “It is very important that such significant cyclists want to come and race the VueltaCV. We are on the right track, there are things to improve of course and therefore from the organization we will value everything to keep growing”, stated the Director of VueltaCV.

Stage 5 of VueltaCv from Valencia to Paterna

The last day of the VueltaCV started in windy conditions from Paterna, meaning that the cyclists had to plan in detail their position in the peloton in order to get protected from the wind. The last stage was raced in flat terrain and consisted of 88 kilometres, a route with start in Paterna and finish in the already traditional location in Valencia, the Plaza del Ayuntamiento.

The first escape attempt happened at the 12 km point when four cyclists, Van Poucke (SVB); Kurbatov (GAZ); Martin (EUK); Gougeard (ALM), managed to escape from the peloton. The lead of the peloton was under the command of Astana cyclists, protecting their team member and current leader of the VueltaCV Jon Izaguirre, and closely followed by the Movistar team.

One of the sad news of the day was the accidental fall of Diego Fuentes at Benagéber. Unfortunately, due to the fall the Euskadi team cyclist suffered a broken collar bone. The cyclist was transferred to a hospital to undergo an examination to make sure any other damage was suffered, especially around the head region.

Except for the accidental fall of Diego, the race continued unchanged until entering to Valencia. The headwind made it difficult for the escape group to maintain the distance to the peloton, and just when 13 km were remaining the lead was neutralized. As predicted the last stage was decided with a final sprint to cross the finish line.

During the last kilometres, the leading cyclist of the peloton changed many times due to various escape attempts, especially between the cyclists of team Astana and Sky. However, three kilometres from the finish line there was a fall among several cyclists of which the Valencian Peñalver (Burgos BH) and Noppe (Sport Vlaanderen) were worst affected.

The stage winner was decided along the last turn before the finish line, where Dutch cyclist Dylan Groenewegen of Jumbo Visma started his sprint and winning his second stage victory during VueltaCV 2019.