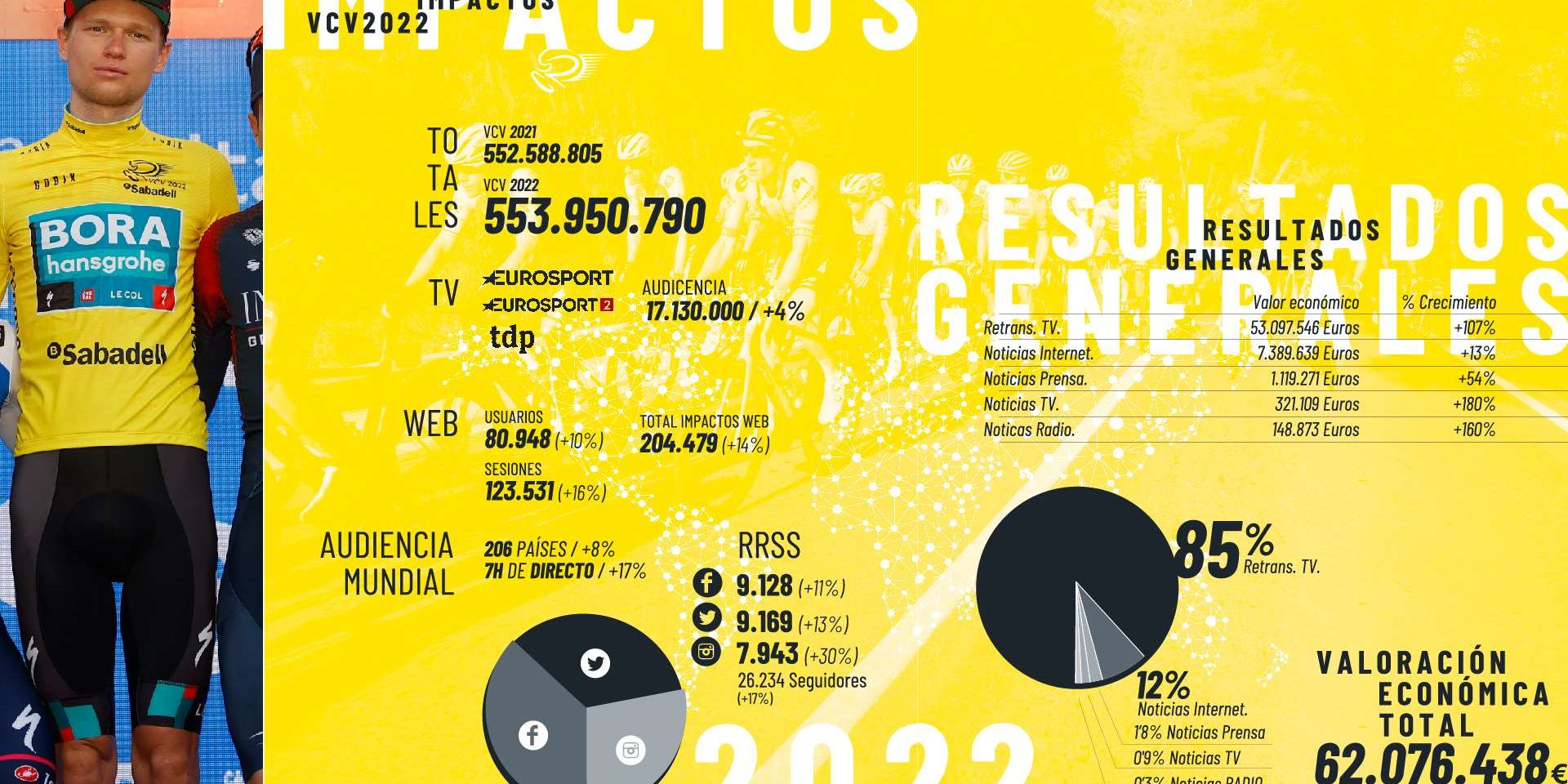 The live broadcast of the race on Eurosport and Teledeporte and the growth in social media have boosted the Valencian round to figures similar to those of World Tour events.

The Volta a la Comunitat Valenciana Gran Premi Banc Sabadell 2022 (VCV) was a resounding success, not only on a sporting level but also in the media. This can be seen from the impact figures presented by the VCV organisers at their usual breakfast with the media. The 73rd edition of the Valencian cycling round was seen live on television in a total of 206 countries. This generated an economic valuation of more than 62 million euros, thanks to almost 554 million media impacts. Figures that place the VCV at the same level as many World Tour category races, the first step of the UCI international calendar and to which the race organised by the cyclist Ángel Casero aspires to climb in the short term.

In Europe, the Volta a la Comunitat Valenciana Gran Premi Banc Sabadell 2022 had an audience of more than 17 million viewers thanks to live broadcasts on Eurosport and Teledeporte. This represents an increase of 4% compared to the VCV 2021. In addition, the presence of the Valencian cycling round in the media (written press, online, radio and television) grew by over 50% on average, almost tripling its impact on radio and television. These numbers are also in addition to the steady increase in the reach of the VCV’s social networks, which experienced a growth of over 15%, driven by an increase in followers on Instagram of more than 30%. The official website of the race also reflects this upward trend, with more than 200,000 hits during the week of the race, an increase of 15% compared to 2021.

In short, media coverage figures that confirm the constant evolution of La Volta a la Comunitat Valenciana Gran Premi Banc Sabadell. Since Ángel Casero recovered the Valencian cycling round and took over its direction in 2016, the VCV has regained its international prestige and has positioned itself as one of the main favourites to be promoted to UCI World Tour category in the coming years.