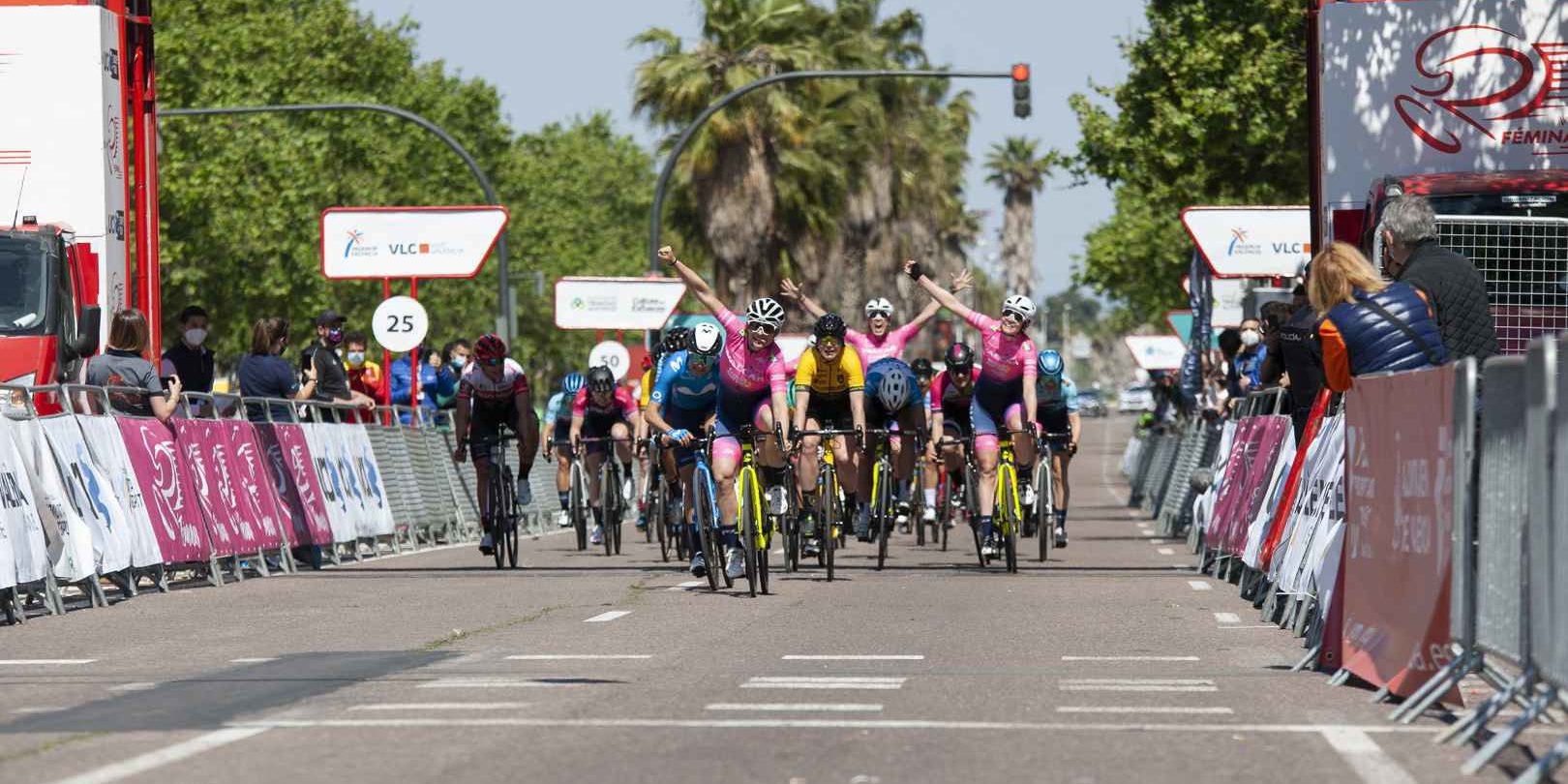 The third edition of the VCV Féminas started on time in Paterna. A total of 74 riders set off for Valencia, in a race with the same route and the same prize money as the men’s race. The Movistar and Valcar teams were expected to be the main protagonists of the race, with a good number of Spanish teams trying to catch a prestigious victory in the streets of Valencia.

As expected, the pace at the start was quite fast with all the riders in a group. It is not so usual in women’s cycling to see breakaways that consolidate, but at the start of the steep section, three riders tried to do so. Jasinska (WCS), Laizane (EIC) and Molenaar (COB) went ahead of the peloton, reaching a lead of close to a minute through the hardest part of the race.

Other riders tried to join them, but the three escapees remained in the lead for much of the race. However, with the arrival of the flat terrain, the peloton began to close the gap at a rapid pace. With 12 kilometres to go, the gap between the escapees and the peloton was only 15 seconds, with the Valcar team working as a group to hunt them down.

Once the breakaway was caught, several attacks tried to break the group again, but the sprint finish was assured thanks to Valcar’s hard work. Work that finished off their leader, Chiara Consonni, to take the victory at the finish line located on Avenida Maestro Rodrigo in Valencia. Sandra Alonso, from the Bizkaia-Durango team, finished in the Top 10 as the best Valencian rider of the race.

Undoubtedly, an excellent VCV Féminas of the Italian team Valcar, who beat the big favourite Movistar to be crowned in the streets of Valencia with a great prestigious victory.